Showing posts from 2018
Show all

The other day, I was chatting with a professor about his teaching workload in the ongoing semester. He admitted that he had a fantastic run with an elective course that had more than a hundred students. With the examinations already underway, he was dreading the deluge of the answer scripts that would follow! He was also engaged in a research project involving blockchain applications in solving a community problem. Our discussion veered toward the blockchain technology and its applications in the real world today. Most applications of blockchain are centered around finance, (virtual) money, governance, public health etc. Education has found an interesting application too in ensuring that one can access the certificates and marksheets securely and with full confidence about their authenticity. You may want to listen to this McKinsey podcast discussion about blockchain concepts. The conversation with the professor started me thinking about more applications of new technologies in e
Post a Comment
Read more

This week, I came across an interesting news article that quoted Frances O'Grady, the general secretary of the Trades Union Congress , an organization in the United Kingdom representing labor unions. "I believe that in this century, we can win a four-day working week, with decent pay for everyone," O'Grady said during a speech at the TUC's annual gathering in Manchester, England on Monday. My personal experience over more than two decades of working life in India has been a mixed bag. There are primarily two ways in which technology impacts a worker's life. First, the efficiency increases. This translates to more work in lesser time but then mostly, the work itself increases to occupy the time gained. This is typical of situations where technology intervenes to perform the same task in mostly similar manner but in a "faster" way. Imagine a cashier in the 70s doing calculations manually and then using a calculator in the 80s and then on an Excel
2 comments
Read more 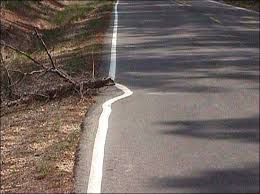 What are the most self-damaging statements a young professional can make? As a young man starting my work life, I joined a forging company. Like everyone else of my age, I had big dreams of making an impact, earning respect and rising up the ladder quickly. Like most others, I thought that people up the hierarchy probably didn't deserve the status they had earned. I knew for sure that hard work and sincerity in my work was the key to success. Very soon, I had many people reporting to me and some of them were my father's age! I became a Shift In-charge managing the maintenance function and had one particularly highly talented electrician in my team. This man was an expert trouble-shooter who, as legend had it, could tell the problem by smelling a circuit board. At the top of the plant hierarchy was the General Manager, who became the Vice-President of the Group in just about 2 years that I was there. He had risen from a plant supervisor to the Vice-President in less than
2 comments
Read more

It is rare for an Indian city to transform itself and then sustain the effort to a level where people make cleanliness a habit. Indore (a city in MP with 3.2 million population) is a case in point to prove that a great plan and greater execution can make a huge positive change. The story of Indore's transformation made a case study in IIM-Indore. The cleanliness drive doesn't come free though. Having lived in the city before this transformation happened, I was appalled at the daily sight of cows eating up plastic from overflowing garbage dumps. This was, of course, not any different from any other Indian city. Many like me would have felt a sense of helplessness and resignation. But someone from the city took this as a challenge. I admire the industrious nature of the city in that it makes you feel at home if you take risks and go on your own instead of taking the beaten path. In this video about Indore's makeover, it is worth noting the way the drive is run financially. T
1 comment
Read more

What does IT mean in an educational institution?

In the early 90s, IT in an institution meant PCs, Laptops, LAN cabling and often people confused Electricity with IT. A couple of decades later, IT additionally started meaning Software, Mobiles, Apps and probably, more headache (read, work) for a lot of people working in these institutions. Have things really changed? Today, IT " interferes " with almost everything in a campus. None of the functions can work without internet, solutions like Excel or Word, mobile apps or, in our case at O P Jindal Global University, even a food coupon vending machine. We are aggressively pushing IT usage in almost every aspect of a student's life, knowing well that these will bring more and more responsibilities on the small IT team. New skills need to be developed, not just within the IT team but even outside! If most users still panic only when the WiFi fails for an hour or a Projector system fails to connect within 2 minutes, it is not entirely their fault. The essence of
Post a Comment
Read more

Teachers, lead from the front when it comes to technology! 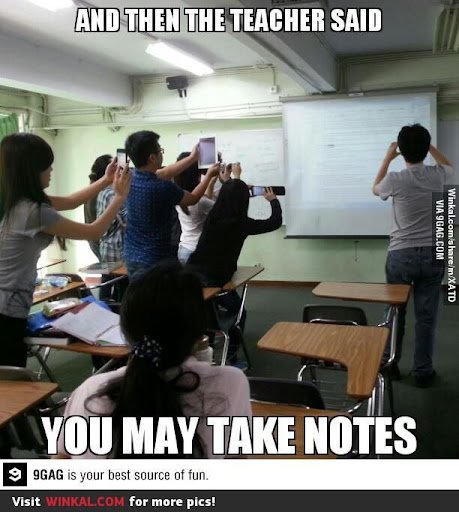 Professional development for teachers focuses on pedagogy and content and misses the critical point about the necessary technology connect with the students. In today's classroom, a teacher is usually hopelessly lost about the students' "techaptitude". Right from the toddler stage, today's children are exposed to a natural barrage of gadgets and technology all around them. Unfortunately, a teacher isn't in the same league due to an entirely different stage of life. Parents often face this dilemma and choose to stay aloof giving the excuse of being too occupied in their careers and home. Teachers, however, don't enjoy that luxury as they are expected to guide their students, and not be left behind. Adding to their woes, technology changes at a much faster pace than they can even begin to understand the current one. Newer apps, tools, games, gadgets and lack of time/interest make the job of keeping oneself updated even harder. I faced a similar situ
Post a Comment
Read more
More posts