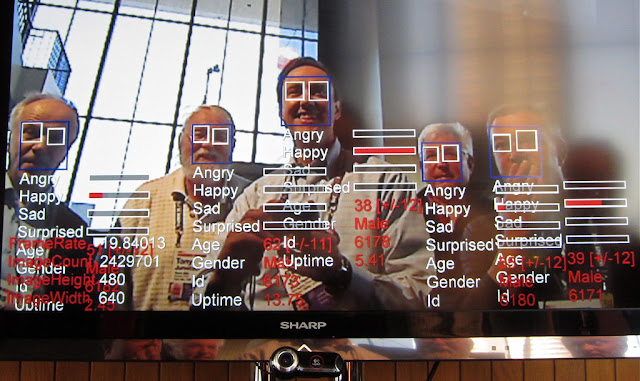 Among the nay-sayers of Artificial Intelligence (AI)-ridden future, the popular refrain is that things can quickly get out of hand. Also, that AI can never beat the human brain and we can definitely live without it. Well, the dreaded animal is already living among us and kinda living cosily too.

AI has been around for decades now, snuggled into our cars with Google Maps. I often wondered how did it know if the roads were jammed or free without having someone (or something) to inform it from the ground. But that would be nearly impossible. That's where AI came in to help. Data doesn't distinguish between countries, cities or villages. For AI, it is just a set of data and it's power lies in how the data is analyzed. On a Sunday afternoon, I got stuck in heavy traffic because I didn't start Google Maps before departing. I am certain that this snazzy AI tool would have routed me through an alternate route and saved me half the time! There are two problems that humans can't handle:

Of course, most of us humans wouldn't even have the skills to do that math. But I am inclined to assume that our generations are now coming "pre-loaded" with simple tech skills like operating a smartphone by way of Darwinian evolution. In future, a new-born might come pre-loaded with some analytical skills too!

A while back, there was news about a Hollywood film casting a dead actor (James Dean). That might seem gross or a marketing gimmick to most people. As expected, many actors came out against this concept and asked why a "living" actor was not used. To put things in perspective, let's look at a typical animation movie-making tool available today for your desktop. We have the facility to import pictures, videos, create animations with characters and use voice-overs. With more advanced computing power in future, we may have a real actor with the original voice instead of an animated one. While the scenario may not be very enticing to all, you only need to reflect on the reactions that actors would have given when highly real animation movies first came out of Hollywood.

AI empowers you to do amazing things and as with all great inventions, we are the ones who decide the good or bad usage. Let's look at another human-friendly application. A medical diagnosis of conditions impacting eyes, heart or even skin is now being considered to be a candidate for AI as it only needs data points to figure out the diagnosis. A simple app on a mobile phone can capture an individual's data and compare it with the huge database it has been fed. The lack of doctors is the single-most-important problem that the world faces, especially, the localities far away from the hospital areas. Arvind Eyecare is partnering with Google to use AI to screen patients for diabetic retinopathy and Cureskin does the same for skin by analyzing photos taken with a smartphone and running the data through a deep learning algorithm.


With the enabling technologies like Smartphone (with an ever-increasing array of smart sensors getting integrated into it) and 5G, AI and deep learning will far outweigh the human capabilities. We simply can't turn our backs to it in the fear of losing our jobs and being overpowered by robots. The latter may not happen anytime soon and the job losses always happen with new technology and yet humans find alternative jobs. Just as a self-driving car makes a driver redundant, it will save our lives and the drivers (or, rather their next-gen counterparts) will get busy with managing and improving these cars.

I highly recommend watching the 9-part Youtube original series on AI featuring Robert Downey Jr  It may all seem like science-fiction but each one of the featured applications is currently operational! If this is the present, you can only imagine what the future beholds for us! Let's just cosy up to AI, I say :)